Lights! Camera! Bloom! That was this year’s theme for the Philadelphia Flower Show, as all things floral and botanical collided with cinema. With a theme that promised to “Celebrate the Movies,” the flower show featured attractions that offered something for everyone of all ages. I had the opportunity to attend the press preview and gawk at the massive and intricate floral displays and feel like a kid again with all things Disney-themed and so can you. In case you missed College Night  at the Philly Flower Show on March 5 because of the snow, you still have two more days to go think spring, and with $20 student tickets, why not? Still need convincing? Check out my Top 5 highlights from the show.

The show warmed the heart of anyone who grew up with Disney, and I was no exception, as there were displays dedicated to both the old and the new stories from the Disney canon. There was a moody Nightmare Before Christmas display as well as a magnificently designed “Aladdin’s Wedding” display, but I have to say the “Cinderella’s Wedding,” display captivated me the most with its ceiling-high floral centerpieces and it’s cleverly placed glass slipper.

There were various displays that featured an “out to lunch” theme, and each display served as a scene that was accompanied my an imaginative back story. Each scene was created to represent a lunctime setting in different parts of the world and with different characters. My favorite was the scene that told the story of an afternoon lunch on the French Riviera between Alfred Hitchcock and one of his muses. 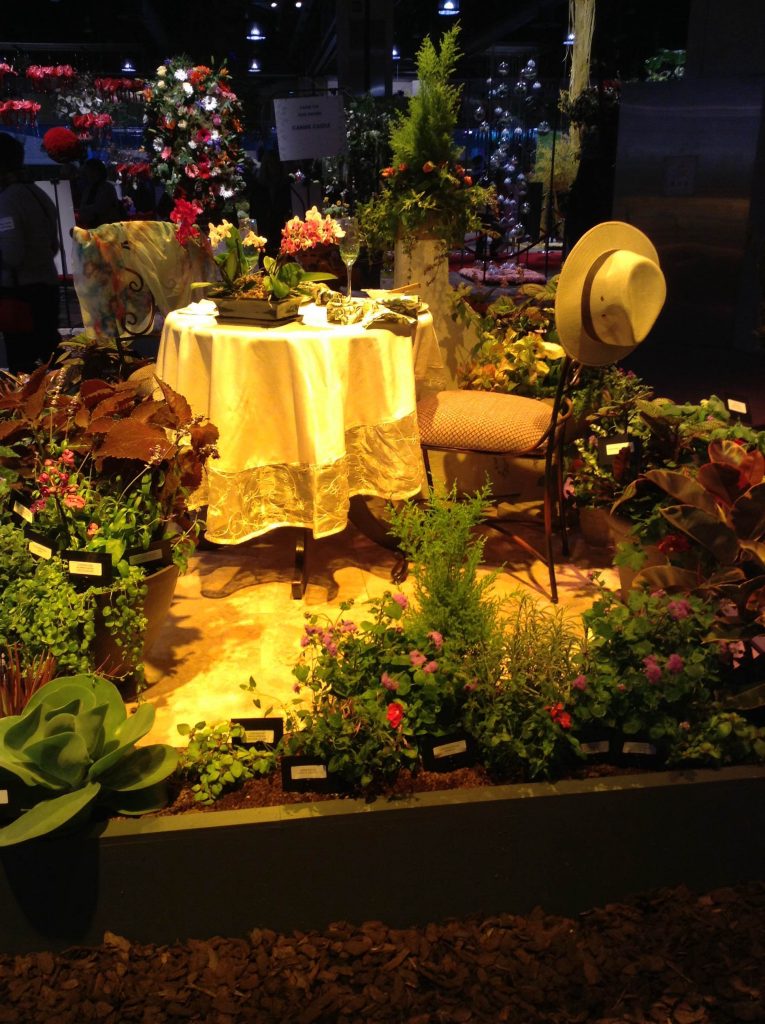 3.A Bit of Light Shopping

If the kaleidoscope of bright colors and artfully designed exhibits wasn’t enough, there was also various food stations and vendors sprinkled throughout the show. My favorite was a cart that was selling various plants and herbs as well as self-contained mini gardens housed in glass jars, many of which had miniature fairy statues inside. 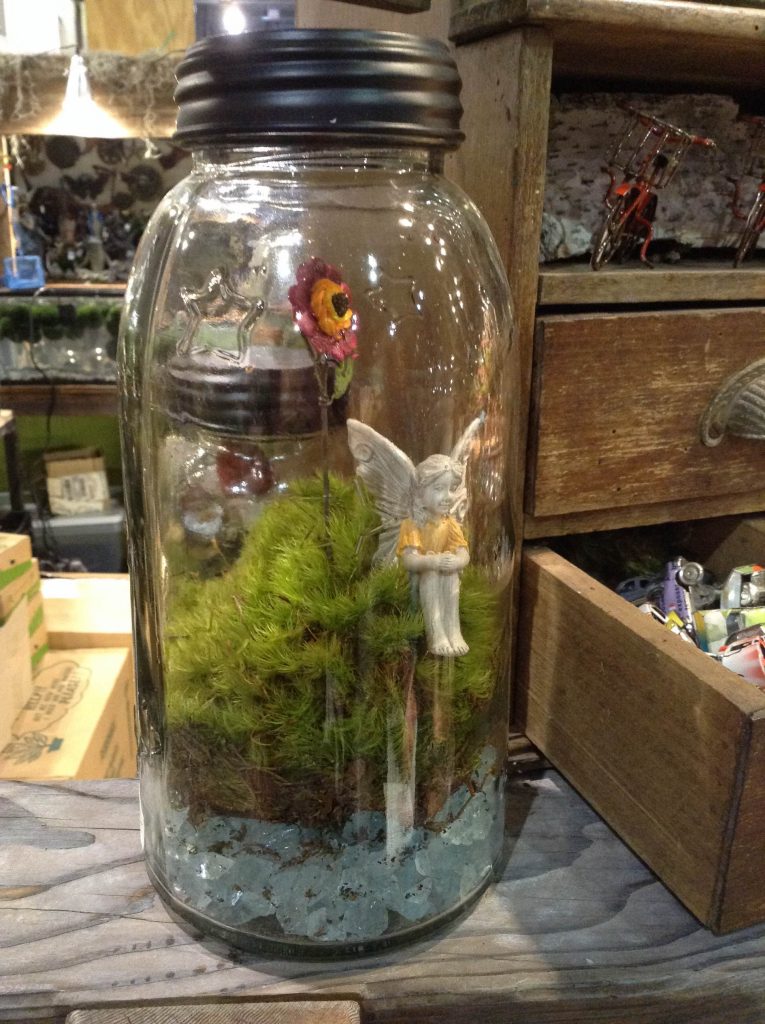 Just when you thought you were done with Disney, the show wouldn’t be complete without paying homage to Frozen, and while I have yet to see the movie, I definitely wanted to belt out “Let It Go,” after seeing an icy exhibit that was covered in soft white flowers and “snow.” 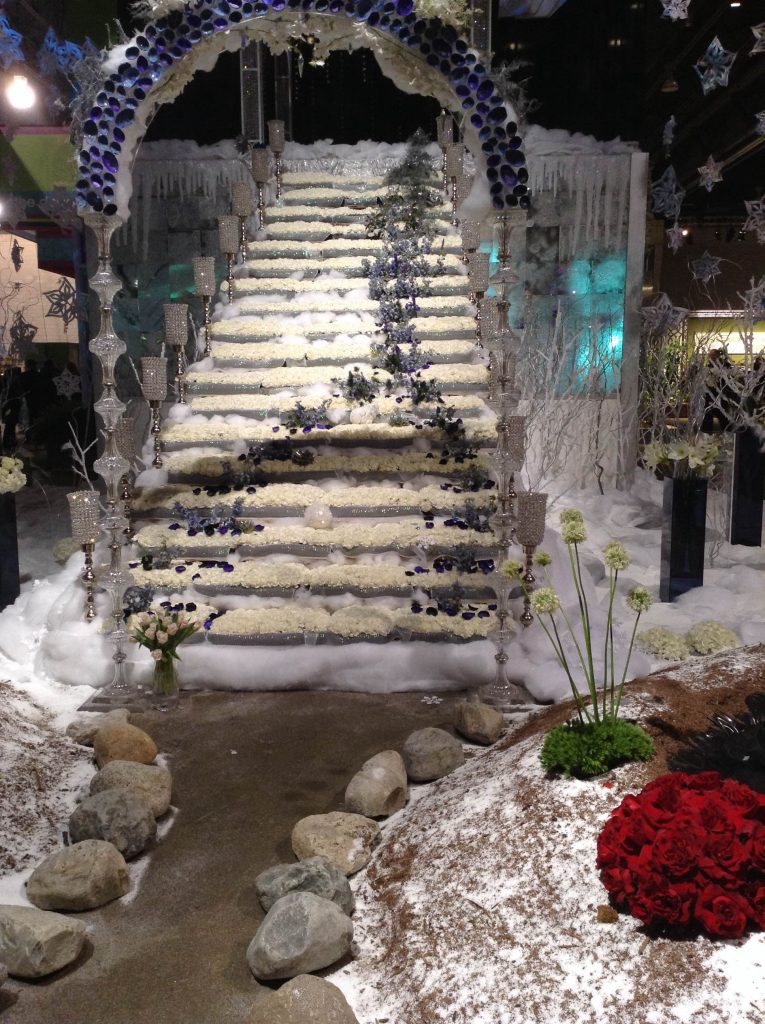 Maybe it’s the part of me that loves anything 1920’s but I was in awe of the art-deco style marquee that welcomed visitors at the main entrance, with a sign that read “Lights, Camera, Bloom.” 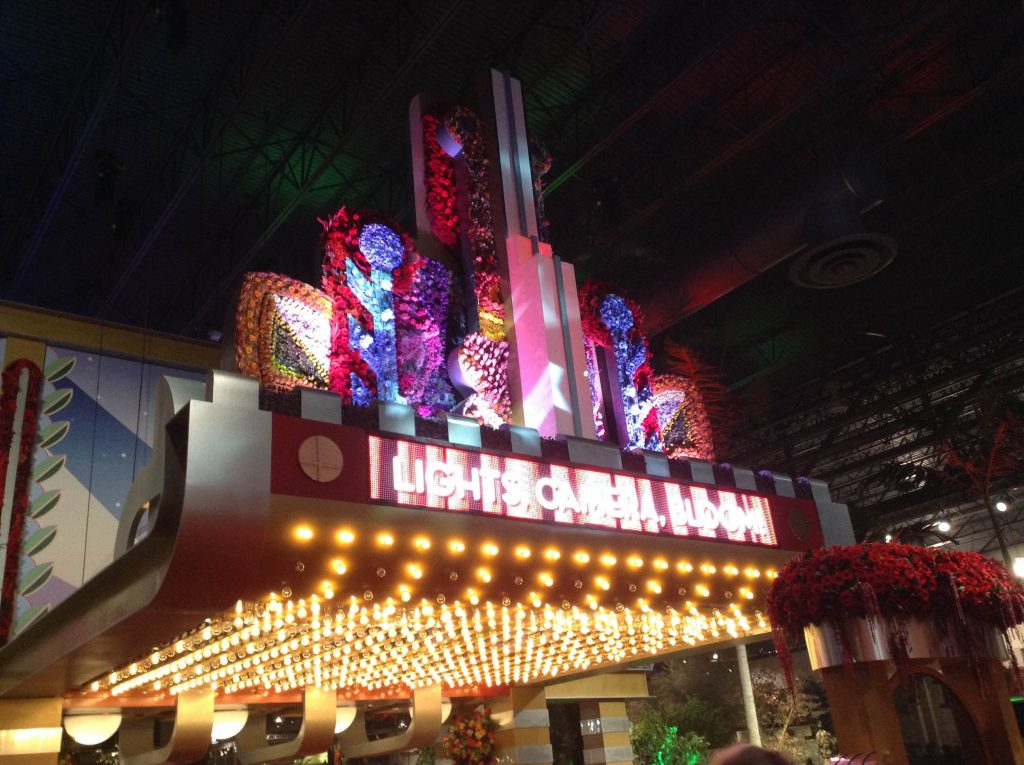