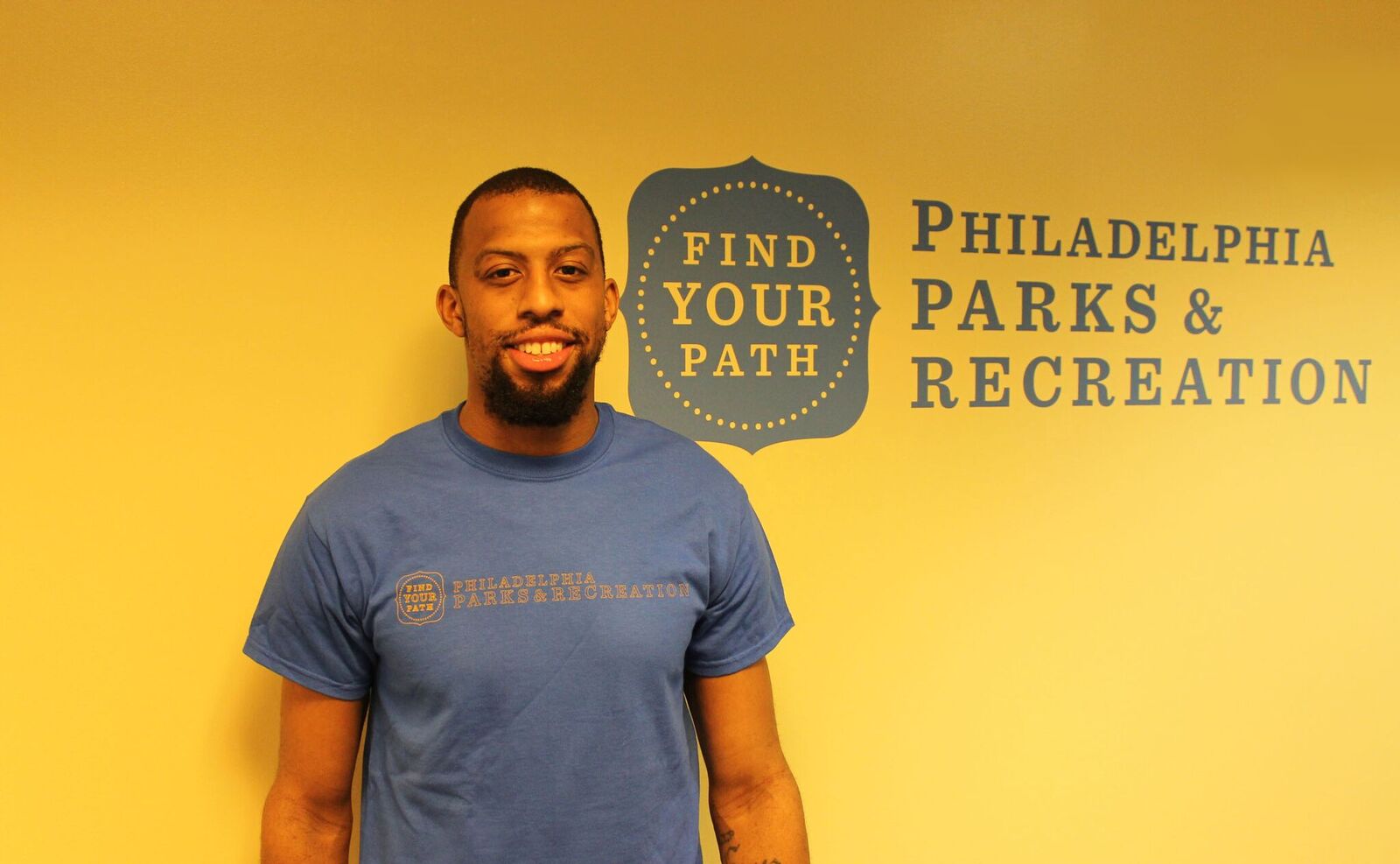 Spring semester is zipping by, and before you know it, summer will be here! Philadelphia Parks & Recreation wants to remind you that the city has got plenty of summer job options for you—400+ jobs, to be more specific. Lifeguards work at 70 outdoor pools across Philadelphia, earning $13.65 per hour while they do so.

But who’s a typical Parks & Rec lifeguard? There’s no one profile that fits the bill, but a sizeable portion of the lifeguard force is composed of high school and college students, many of whom return year after year for the leadership opportunities, decent salary, and chance to enjoy the summer sunshine. Take, for example, Kyree Westbrooks.

Kyree is a Parks & Rec lifeguard who has worked with us for seven years, beginning when he was in high school. He is currently an education major at the Community College of Philadelphia. Kyree likes the lifeguard job over the typical summer job young people get because of the good pay and the seriousness of the job.

“I get a lot of satisfaction from teaching young people from ages 6 to 16 how to swim in just a few weeks in the summer,” said Kyree. “I also appreciate that I am responsible for protecting the lives of hundreds of people each summer.”

Kyree became a lifeguard after being encouraged by Marty Jackson, a staffer at Ziehler Playground in the Olney section of the city. Kyree was a mainstay at the pool, and Marty figured that he might make a good lifeguard. Although Kyree was a good swimmer because of his many visits to Ziehler pool, he did not initially pass the first lifeguard screening test, but he did not give up. He took advantage of our remedial lifeguard classes, which enhanced his swimming technique and helped him build his endurance, and was able to pass the screening easily on his second attempt.

“I always recommend the lifeguard jobs to my friends since they always inquire about my high-paying summer job,” said Kyree. “I tell them, ‘Don’t sweat it if you are not a strong swimmer, the Parks & Rec staff is always willing to help potential lifeguards become stronger swimmers.’”

Join Kyree on the pool deck as a lifeguard this summer. Lifeguard screenings are taking place now, so it’s not too early to get swimming. Learn more at www.phila.gov/lifeguards.