Evaluating Black Representation and the Black Imagination in ​Séancers 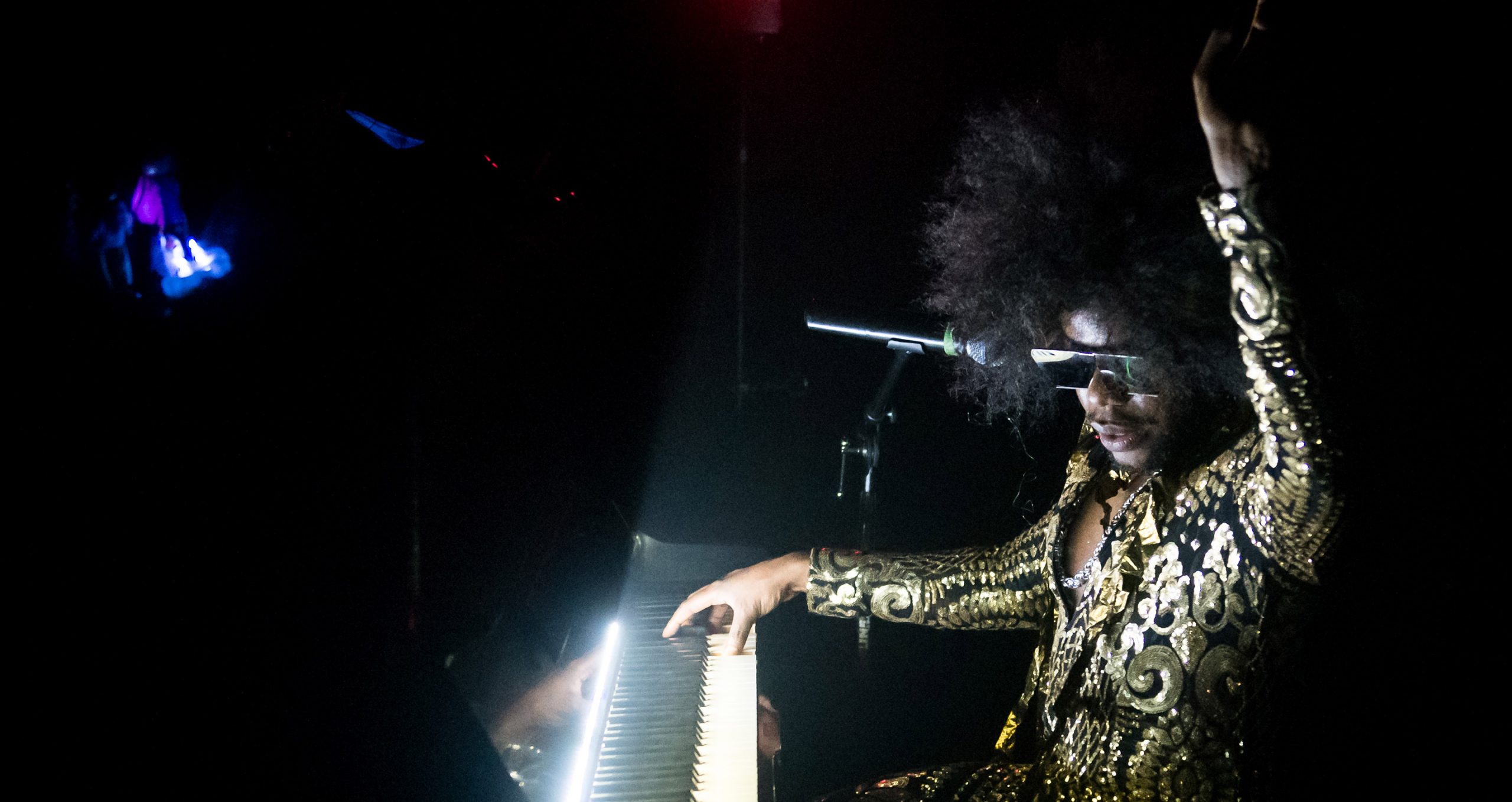 A special message from our partner, FringeArts:

This May, FringeArts presents Séancers, an innovative production created by Bessie Award nominated Nigerian-American curator, poet, and performance artist Jaamil Olawale Kosoko. His performance, to be presented from May 10-12 on the FringeArts stage, centers around one main theme: blackness. With recent blockbusters delivering representation, especially Marvel’s recent hit Black Panther, Séancers hopes to add on to the conversation to examine the American racialized body in a beautiful way. By incorporating various styles of art including lyrical poetry, movement forms, and discursive performance, the audience observes how loss and oppression can ultimately shapeshift into black beauty.

Jaamil Olawale Kosoko is the driving force behind Séancers, a piece focusing on the body through psychic, spiritual, and theoretical strategies. Kosoko’s previous work includes #negrophobia, described as a kind of séance. After touring throughout Europe over the past couple years for #negrophobia, Séancers came naturally to Kosoko as a progression of themes like paranormal activity, loss, and resurrection. The performance takes the audience on a journey through the surreal and fantastical states of the black imagination. When discussing the themes explored in the piece, Kosoko states, “There are 4 pieces of creative works by Black Women in particular that serve as inspirations and/or thematic musings for Séancers. [They include] ”Power” by Audre Lorde, Howardena Pindell’s Free, White, and 21, Rudy Sales’s incredible speech as part of an interview with Krista Tippett, “Where Does It Hurt?” [and] Christina Sharpe’s 2016 release In the Wake: On Blackness and Being.” He treats these works as pillars that function as the foundation for Séancers.

When asked how Séancers contributes to discussions about black representation like Black Panther, he notes, “Similarly, my work is concerned with Black Feminism, Black Study, Black Life, and Black Survival.” He values the visibility of the black individual, wishing for it to continue in coming years. Kosoko also wishes to raise awareness for other marginalized groups, who may not see themselves represented in media and art either. He says, “It’s also important to me that I center and support People of Color, queer, women, and gender variant individuals within my creative practice.” By supporting, and even more importantly, centering on these groups, Kosoko is inviting them to finally get their time in the spotlight as well. From a personal perspective, Jaamil recounts, “I’m also thinking a lot about Black theory, which has been incredibly healing and informative for me as a way to come to terms with personal and societal trauma.”

When it comes to discussing race in an academic setting, Kosoko believes his production has a lot to offer to university students and the conversation on race as a whole. He argues, “I think young people need to become more comfortable discussing race so that it may be dismantled with brave care and sensitivity. But this takes practice like most things…I think there’s a lot that we can learn from the visuality of Blackness, (past, present, and future). This is what Black performance allows us to begin to reckon with and decode.”

This thought-provoking performance runs from May 10 – May 12 at FringeArts’ waterfront headquarters, 140 N. Columbus Blvd. (at Race St.). Tickets cost $15 for students and are available by phone at 215-413-1318 or online at FringeArts.com.

Major support for Séancers has been provided to Jaamil Olawale Kosoko by Abrons Arts Center and Danspace Project with additional funding support from MAP Fund, Mid-Atlantic Arts Foundation, the Princeton Arts Fellowship, and the Jerome Foundation.