15 Ways to Celebrate the Holiday Season in Philly: Deals, Virtual Events, and More

We Still Love You, Philly: Stories from Near and Far 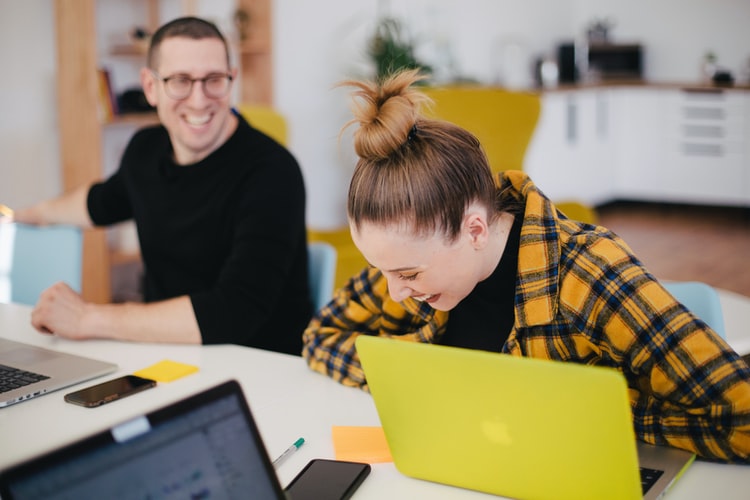 Spoiler alert: We’ve all been there, and it is going to work out. And we’ve got the stories to prove it. Read on to hear all about our non-linear career paths, and the (sometimes surprising) benefits that come from the experience.

“Every single one of my friends had a full-time job lined up after graduation. I applied to a lot of companies in Philly, but unfortunately just did not have any prospects for a job or an internship after graduating. Looking back, I really should have gone to more networking events.

A friend who already had accepted a full-time job elsewhere was also offered an internship at a small marketing communications agency in Center City (must be nice!). She passed it up for the full-time role, of course, and reached out to the hiring manager, telling him she had a friend (me) who would be great for the internship.

Weeks before graduating, I interviewed for the internship and was hired, starting two weeks after graduation, while everyone else I knew started their full-time, salaried jobs. The internship paid $10/hour, had no benefits, and was only Monday through Thursday (honestly, having Fridays off was kind of nice, at the time!).

I treated it as if it were a “real” job: I worked hard, I raised my hand to take on additional projects, and expressed (often) how I’d really love to work there full-time some day. My supervisor hinted that it was possible, and I held out hope… for almost five months. In September, I was thrilled to be offered a full-time job!

Interning at that advertising agency was a great experience. I learned so much, and was involved in projects in almost every department, giving me the awesome opportunity to figure out where I fit, and what I was best at doing. I gained a ton of experience as an over-eager intern who wanted to impress my supervisor enough to hire me.

There’s no better place to learn the ins and outs of the marketing and communications industry than in an agency, and almost 10 years later, I’m still so grateful that things turned out the way they did.”

Marissa is now the Vice President of Student Engagement at Campus Philly. Connect with Marissa on LinkedIn!

“I graduated with a BA in Communications, with a concentration in Public Relations, from James Madison University in December of 2008, almost exactly two months after the market collapse and start of the economic recession in October of 2008. Immediately following my graduation, I moved back home to the suburbs of Philadelphia and began my job search. As you can imagine,  the beginning of an economic recession was an extremely challenging time to begin a job search, particularly as a recent college grad with minimal experience in the corporate world.

Because many companies were experiencing layoffs and/or not recruiting, I came to the realization that I would need to think outside the box, use connections I had, and be OK with accepting a role that wasn’t my “dream job.”

By January, I had secured a full-time job at a local bank doing Document Imaging. “Document Imaging” is exactly what it sounds like. I was scanning hard-copy documents, filing them in bank records electronically, and ensuring all account information was correct. It was certainly not glamorous, but it was a job with health benefits and a 401K.

While working on at the bank, I continued my job search. With patience, perseverance, and a little luck, by mid-March, I was able to find a full-time role at a commercial insurance company working in Marketing/Communications. The Mar-Comm job would end up being a great learning experience and great exposure in the field of Marketing-Communications!”

Jess is now the Employee Experience Specialist at Energage. Learn more about Energage today, and meet the team on our Instagram with their Energage Takeover! Plus, connect with Jess on LinkedIn.

“Seven years into my career, I realized that I didn’t like what I had always wanted to do. I studied journalism in college and after some initial difficulty getting a job during the recession in 2008, I nabbed a position as an associate news producer at a TV station in Upstate New York.

After a few years, I was able to get my dream job as a producer and return to Philadelphia. It was everything I always wanted, until it wasn’t. I realized that among other things, the long, stressful, and often unpredictable hours weren’t the right fit for me. I decided to leave without having anything lined up.

I worked odd jobs for several months while I regrouped, networked, and figured out what path I wanted to follow next. I landed in international higher education, a passion of mine since I studied abroad. I’ve changed course a bit since then with my move to Campus Philly, but my varied experience has made me a dynamic candidate and I learned a great deal about myself, and resilience, while reevaluating what I wanted out of my career.”

Courtney is now the Operations Manager at Campus Philly. Connect with Courtney on LinkedIn!

“I graduated from Temple’s Tyler School of Art with a Bachelor’s degree in Studio Art. I really wasn’t sure what I wanted to do next. I thought about grad school, even applied and got in, but at the last minute decided not to proceed because I didn’t want to get into more debt.

I learned more about different industries and became intrigued by marketing and advertising. Agencies seemed like a fun and exciting destination for creative thinkers. But I didn’t quite have the technical skills to get my foot in the door, so I applied to any role that would help me get my foot in the door.

My first job in marketing was an office manager/receptionist position at Visit Philly. From there, I gradually worked my way onto their advertising team as a project manager. Eventually, I got a job at Brownstein Group, a creative ad agency. I was promoted from project manager to account executive and got a chance to help win new clients. I learned that I really enjoyed developing business.

When I joined Campus Philly, I realized I was really good at developing new partners and programs. That’s truly what brings me joy: Making things happen. Coming up with creative solutions to people’s problems. Finding a way that everyone wins!”

Ashlie is now the Vice President of Partnerships at Campus Philly. Connect with Ashlie on LinkedIn, and hear her LinkedIn advice here!

Listen, we know starting your job search (at any stage) can be challenging—but it’s also wonderful and so exciting. And we hope that these stories help, even just a little bit. If you want to watch our Campus Philly Conversation on this topic, check out the recorded sesh here.

Until then, follow us on Instagram for event updates and more announcements—along with the usual Career Thursdays, Wednesday Giveaways, Foodie Fridays, and more.