Out of the Berwyn Innovation Center, Joshua Funches works as a Software Engineer Apprentice/Associate at Accenture. Accenture is a global professional services company offering Strategy and Consulting, Technology, and Operations services.

At Accenture, Joshua is a part of a Salesforce Implementation and Resolution team that services the global healthcare sector. In his free time he volunteers as the President of the National Youth Bike Council, where he led himself and his peers into the creation of the non-profit organization a few years back. Joshua also regularly attends church and used to work physical security before transitioning into IT.

Tell us about your “Philly story.” What’s your connection to the region, and what is the best part about being a young professional in Philly?

I was born in Philadelphia and raised right outside of the city in Bucks County but commuted to and from Philly every week for church. I also used to go to a music program at Temple University on the weekends. Later, I got involved with Peirce College through Year Up, but I eventually went straight into the workforce instead of pursuing a degree.

I have to say, one of the best parts of being a young professional and joining the workforce like this was that it taught me to network, and that a degree is not everything in the growing world of IT. Another great part was when I met an incredibly influential person, Naomi Buckwalter, who changed my career forever by simply giving me a chance to work within Cyber Security and General IT at the same time under my manager Jabez Deger. I can’t express enough how my career today would not have excelled so fast without them.

Did you always know you wanted to pursue a career in software development? When did you first realize that this was the career path for you?

I realized a career in tech was for me because I love to solve problems, and I also love to be creative. At first, I didn’t know where I wanted to be in the industry, but later settled on software development because it’s really flexible, agile, and you’re always learning.

In addition to being a Software Engineer Associate at Accenture, you are also the founder of a non-profit organization, the National Youth Bike Council, and were recently named “Emerging Leader of the Year” for 2021 by the League of American Bicyclists (congratulations!). What inspired you to create this organization?

Thank you! I am the President of the National Youth Bike Council, and I run it alongside other active youth council members. And, when it was created, it was created by a group of us. We noticed a lack of representation, voice, youth leadership, and direct path opportunities for folks our age to get involved and stay active. Bicycles provide more connected, people-centric, and healthier communities and so we want to continue to equip young people our age with leadership skills to extend these much-needed mental and wellbeing benefits to our peers!

How do you balance your full-time job with your work in the bicycle advocacy space?

Honestly, I don’t have a balance. That’s the great thing about having a career in IT—the field is flexible and I’ll always need to keep learning new things, so it improves my ability to be adaptable. Other than that, I often timebox and have great flexible hours with my employer, Accenture , who actually encourages employees to volunteer and give back to our communities directly through work or through nonprofits like the National Youth Bike Council.

A typical day for me as a software developer is actually pretty low-code right now. I manage a Customer Relationship Management tool which aids my client in providing some of the best service to their customers with accurately captured data. When I am developing, it’s normally alongside the work of others which include peer reviews, version control, and tons of researching.

How important is building your professional network in your career, both in the tech community and the cycling community? Any advice for students and recent grads who may be nervous about networking?

I may be biased but I think networking is SO important, so let’s preface with that. When I was in Year Up, I was tasked with completing an internship that lasted six months. Every day that I was in the building I was thinking about ways in which I could meet new people or learn new things from other folks. My idea was: if I got a chance to do small projects for other teams or even have lunch with someone new, then I was one step closer to knowing what kind of work I like to do by singling out projects I did not enjoy.

I networked with hiring managers or IT professionals who did the kind of work I thought I wanted to do (at the time I did not know software development was what I wanted). I networked all the way up until the day of graduation for Year Up and was not sure where I was going to work or who would be my employer.

On the day of my graduation, I was paid a visit by someone I had networked with (what are the odds?) Naomi Buckwalter, my future director, gave me a chance at an IT/cyber security position. This later helped me transition into software development as I discovered it within the same company in less than a year.

If you were to provide ONE piece of advice to a college student or recent graduate who is interested in pursuing a career in tech, what would it be?

If I could give one piece advice to a college student or recent grad, I would say ask the right kind of questions to the right kind of folks. If you don’t know at least three people who are doing the type of work that you want to do, then… find three people! And if you already know three people, then you’re already ready to start asking those questions.

Are you looking to start your career in tech? Accenture is hiring—check out their open positions! To stay connected with Joshua, and The National Youth Bike Council, follow them on Instagram and learn more on their website. 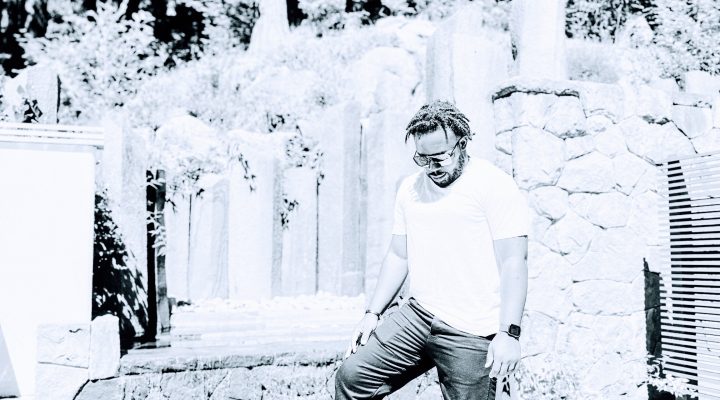