Campus Philly to Award $20,000 to Black and Brown College Students in Underpaid or Unpaid Tech Internships

Campus Philly to Welcome College Students Back to Philadelphia this Fall with Free, Weekend-Long Access to Museums, Activities, and Events

As Colleges and Universities Scrap In-Person Plans, Campus Philly Is Ready to Meet Students Where They Are with Virtual Recruiting Events

November 17, 2017
The newest vehicle for attracting and retaining Millennial talent in the workplace

Jan 29, 2013
At Campus Philly, February is the Coolest Month

Oct 26, 2012
Philly Mag, Bentley Systems and the City of Philadelphia Want You!

Aug 23, 2012
Save the Date: Campus Philly Introduces College Students to Their Philadelphia

Events Roundup: 9 ways you can network, learn to code and job h(a)unt this October

Power Moves: The future is female

Philadelphia awarded $500,000 to groups seeking to diversify the tech workforce

For the Love of Philly: Campus Philly Takes Aim at Young Innovators

A few ways Philadelphians can volunteer on MLK Day and beyond

October 4, 2019 Check out the new Center for Innovation at Independence Blue Cross (PhillyVoice)

May 20, 2019   Philadelphia is as unequal as Colombia. Will a minimum wage boost help?

May 2, 2019 The disconnect between graduates who can’t find jobs and employers eager for young, diverse talent | Opinion

April 19, 2019  Campus Philly produces in retaining and building diversity in the city and the workforce

April 9, 2019 If Philly job growth doesn’t keep up, millennials will go where the good jobs are, new study warns

November 15, 2018  In Their Own Words: 2018 Women of Distinction by Philadelphia Business Journal

September 7, 2018  Seven events you should know about this weekend

September 6, 2018 When you can get into Philadelphia’s best museums for free

August 30, 2018 Change Agents in Education: How they’re teaching us to thrive

August 21, 2018 Students can visit Philly’s museums for free during CollegeFest

August 14, 2018  How To Score Free Admission At Philly Museums This August And September

January 5, 2018 The newest vehicle for attracting and retaining Millennial talent in the workplace

November 20, 2017 Campus Philly has three new board members and one new hire

September 18, 2017 Why college students could lure Amazon to Philly

August 30, 2017 How Comcast, Campus Philly & ROAR for Good’s partnership can help the region

July 18, 2017 Event Aims To Inject Philadelphia’s Workforce With Some Youth

June 2, 2017 EXCLUSIVE: David L. Cohen on keeping grads in Philadelphia & why he doesn’t care about your major

May 19, 2017 Brain drain slow down? New survey of college seniors has good news for Philadelphia

May 19, 2016 Hey WalletHub, our research shows Philly is great place to launch & build a career

April 8, 2016 Letters: Getting a job after college; returning for a diploma

May 22, 2015 Why Philadelphia Beats Boston at Retaining Its College Students

Mar 15, 2015 Soon-To-Be or Recent College Grads Can Take Part in Online Job Fair Set for the End of the Month

Dec 15, 2014 New Survey Takes a Look at What Makes Local College Students Stick Around After Graduation

Nov 17, 2014 We’re Keeping Millennials in Philly — But Some Will Leave and That’s OK

Nov 10, 2014 Share Your Ideas, Vision for a Greater Philadelphia

Sept 25, 2014 Solving Philly’s Dropout Riddle is a Riddle In Itself

May 15, 2014 Forget that ‘brain drain’ stuff; Philly is becoming a brain magnet

Oct 26, 2012 3 of the best industries for Philadelphia entrepreneurs

Jun 26, 2012 CAMPUS PHILLY: Graduated, Engaged and Hired in Philly in About a Month.

May 31, 2012 College students have a lot more to smile about after graduation.

May 7, 2012 If you LOVE Philadelphia, Campus Philly wants to meet you. No student ID required.

Apr 17, 2012 Campus Philly’s held its first ever Networking Lab at The Franklin Institute during this year’s Science Festival.

Mar 1, 2012 Students Help to Strengthen Small Business In and Around Ardmore

Click the thumbnails below to download high-resolution files. These images are provided by Campus Philly to use for editorial purposes only.

If you don’t see what you are looking for and would like to see additional photos from the Campus Philly library, please contact Marissa Christie at marissa@campusphilly.org 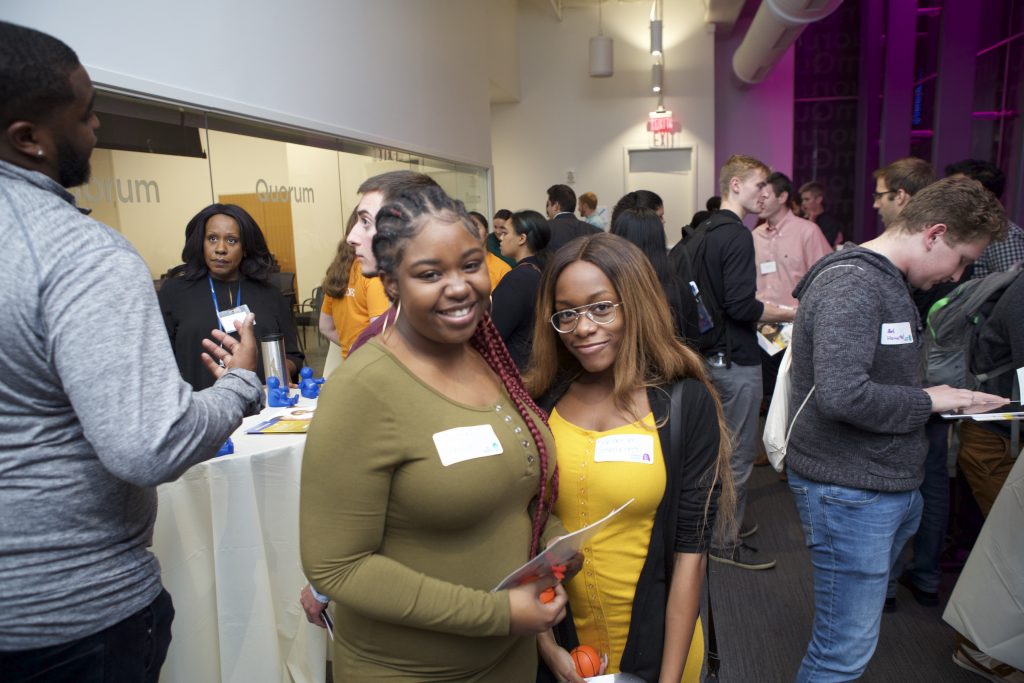 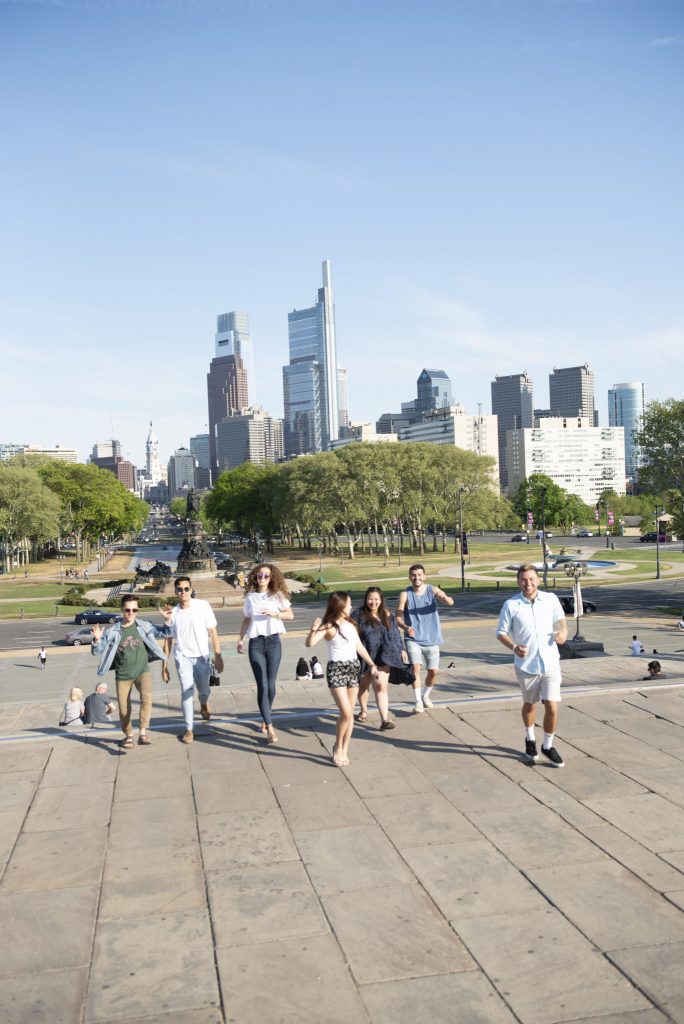 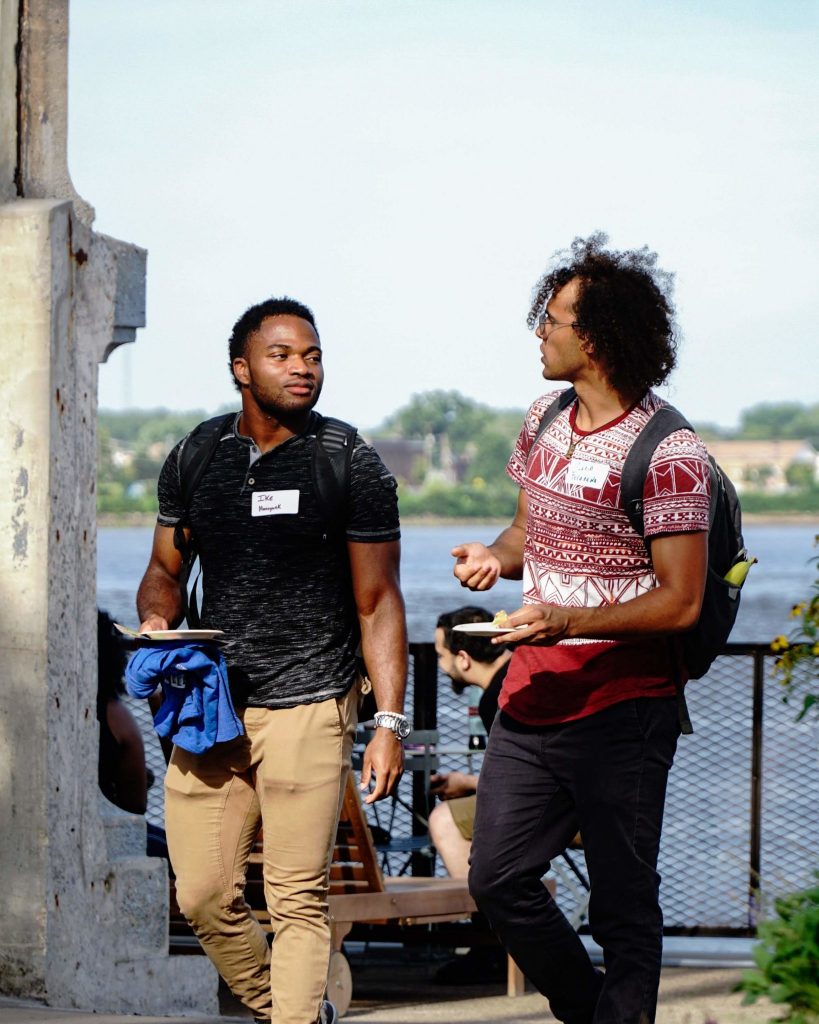 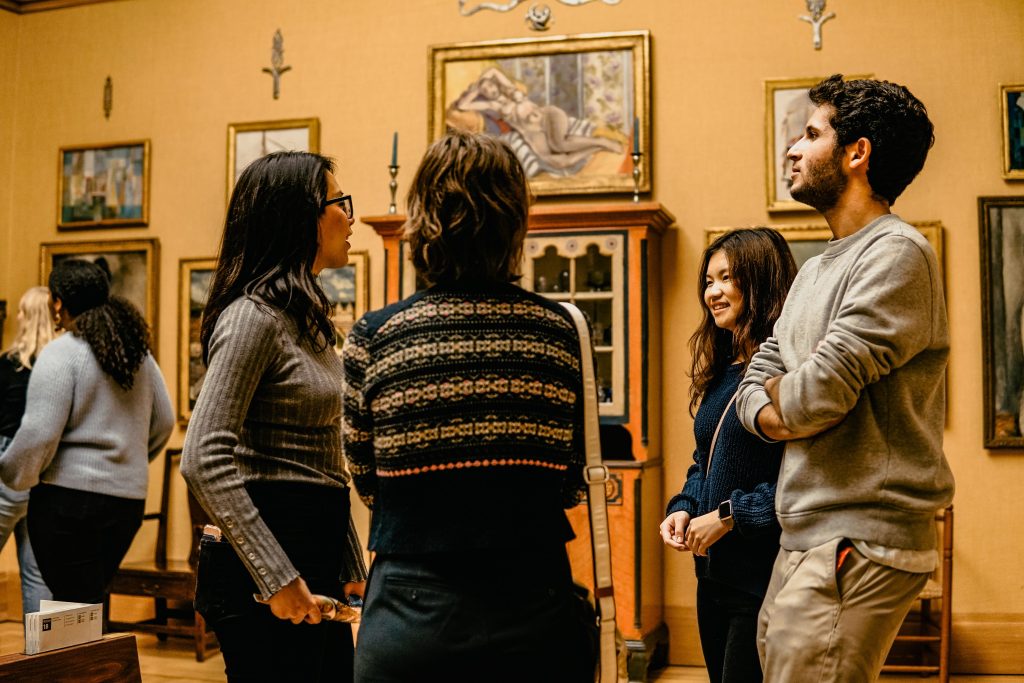 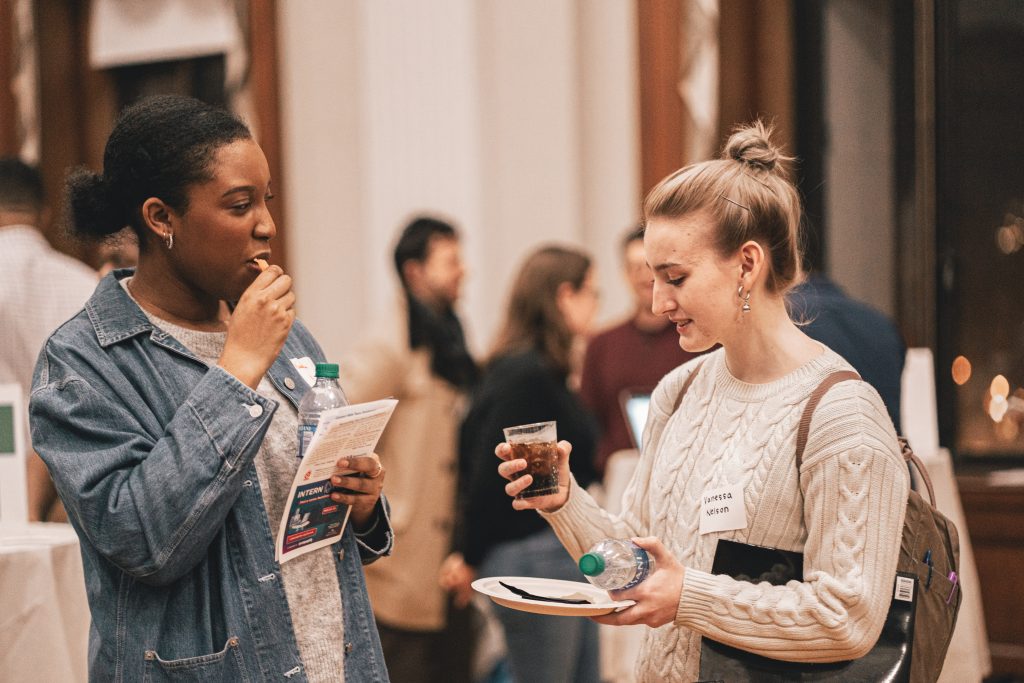 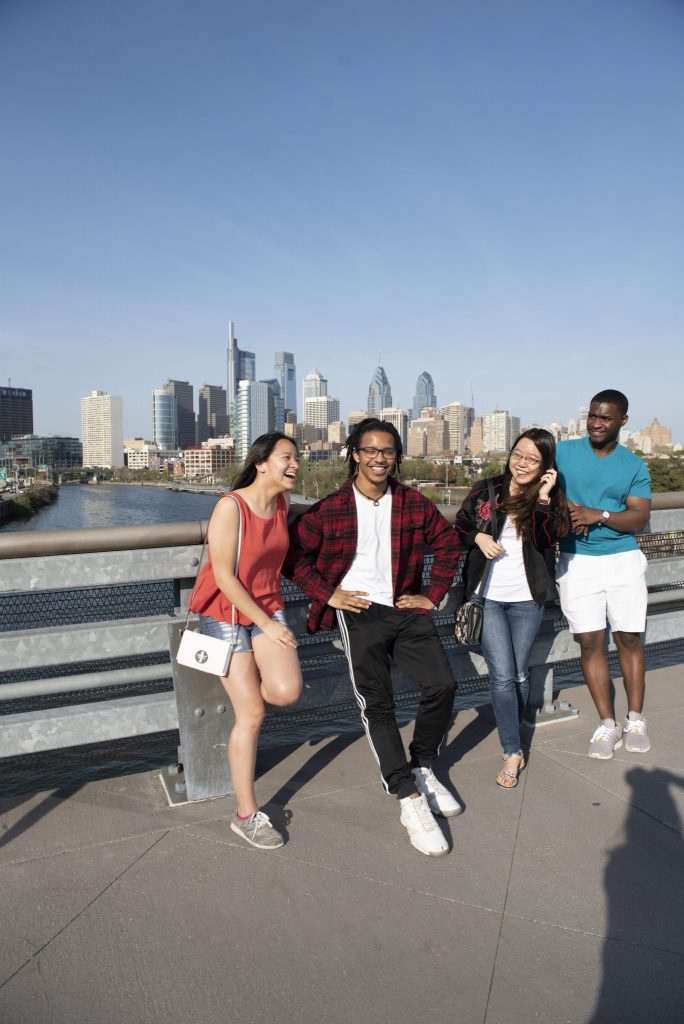 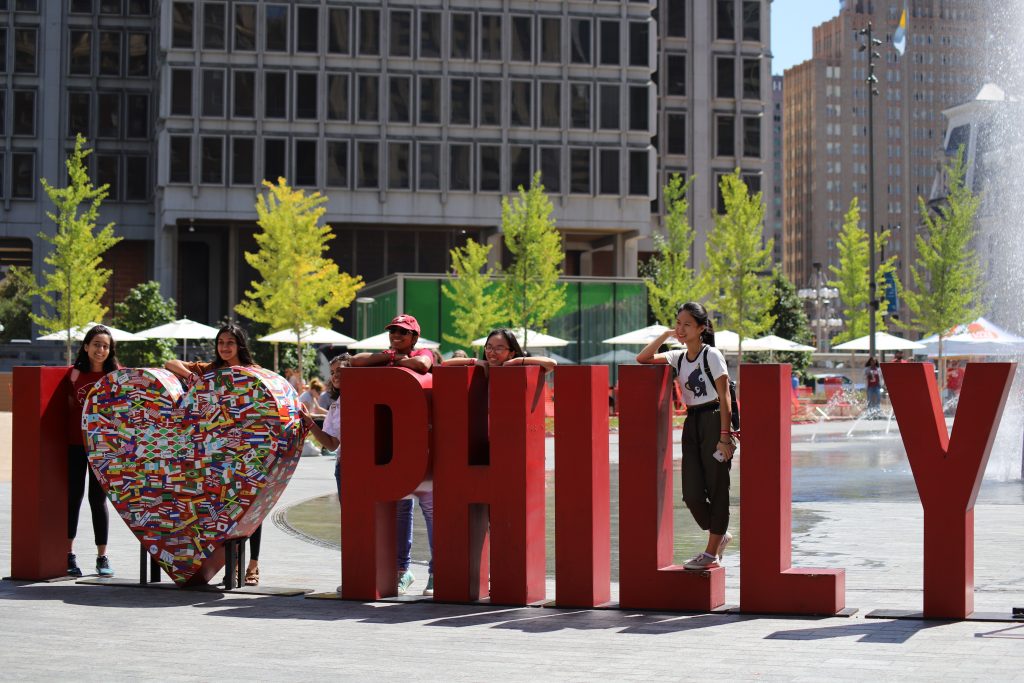 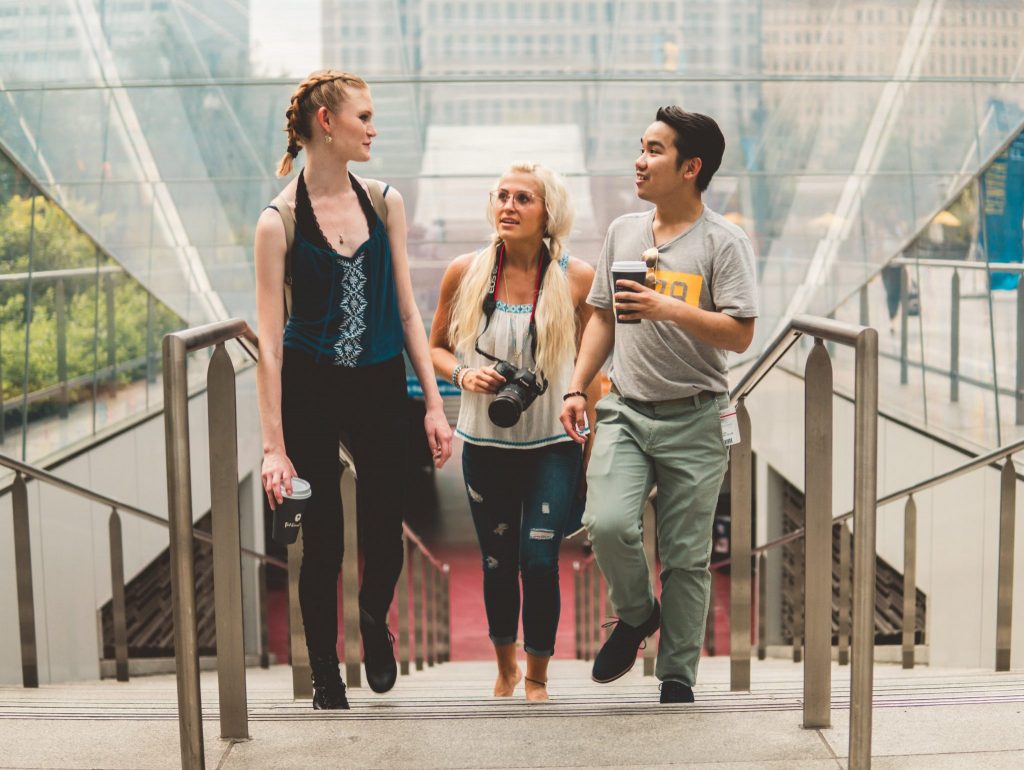 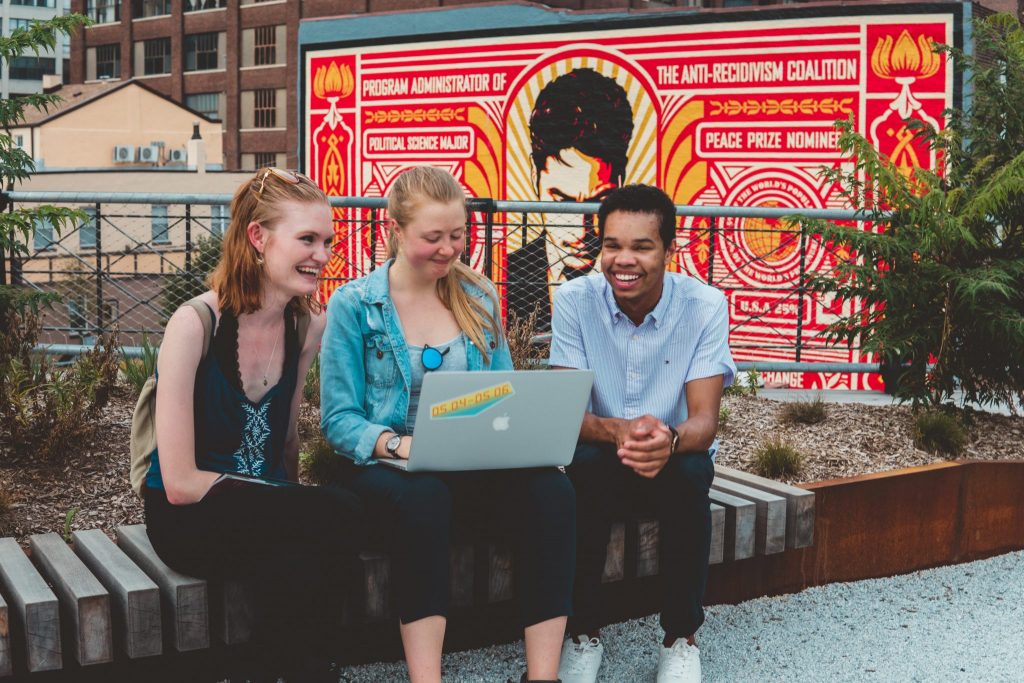 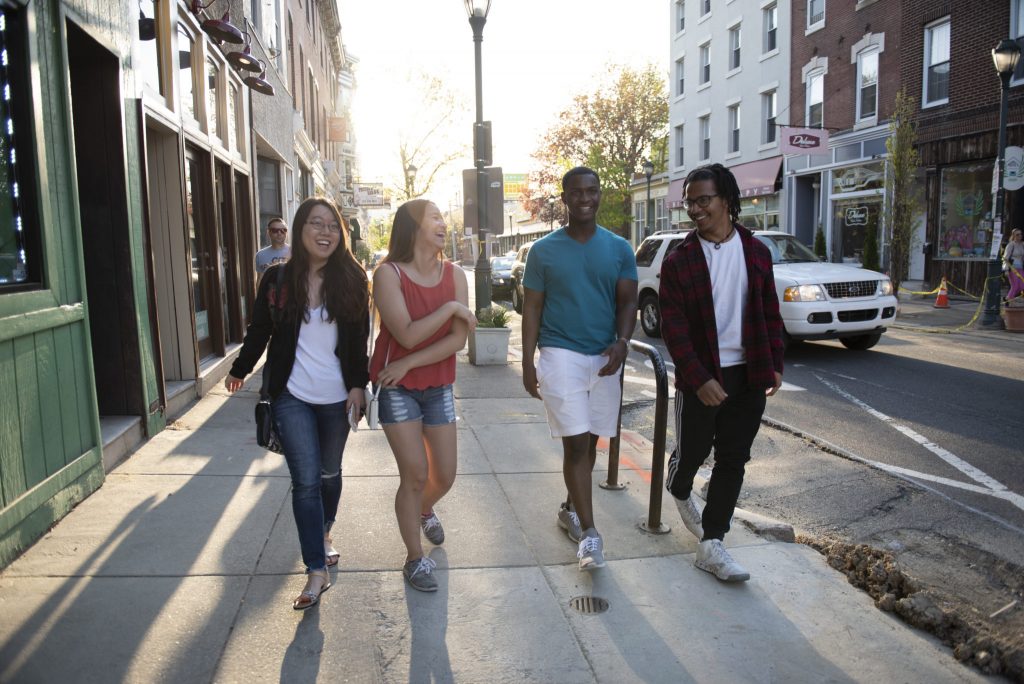 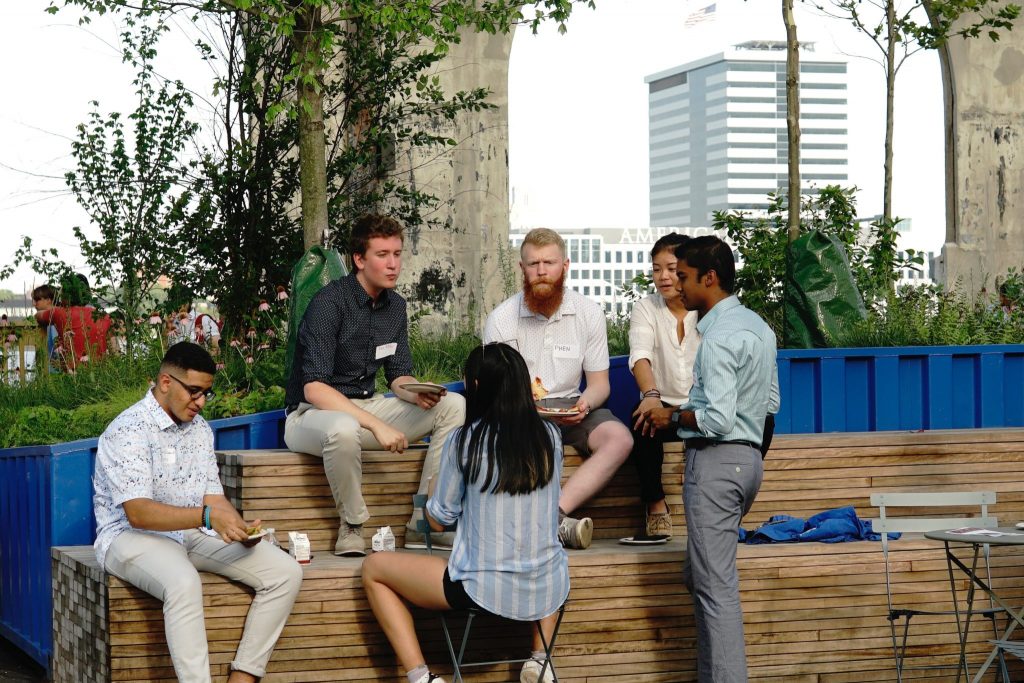 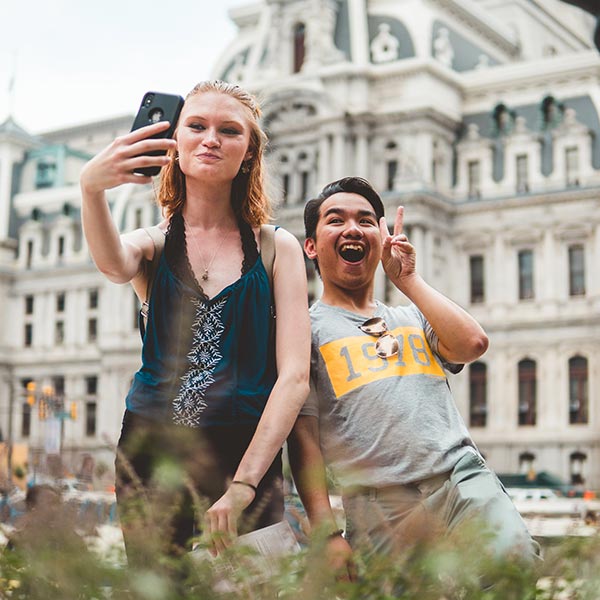 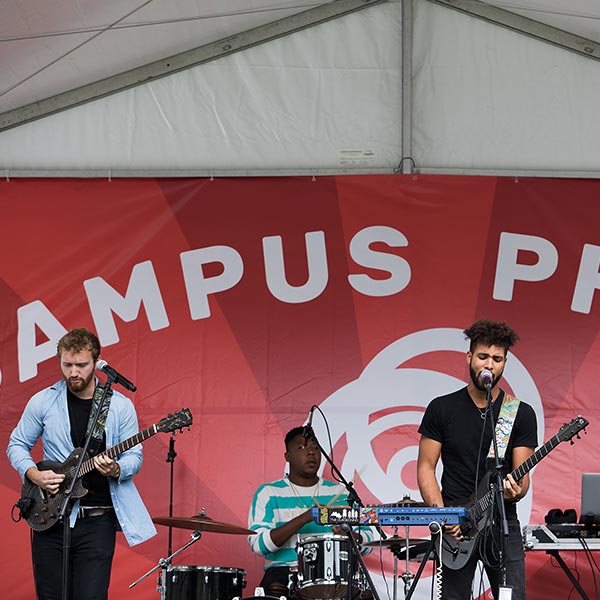 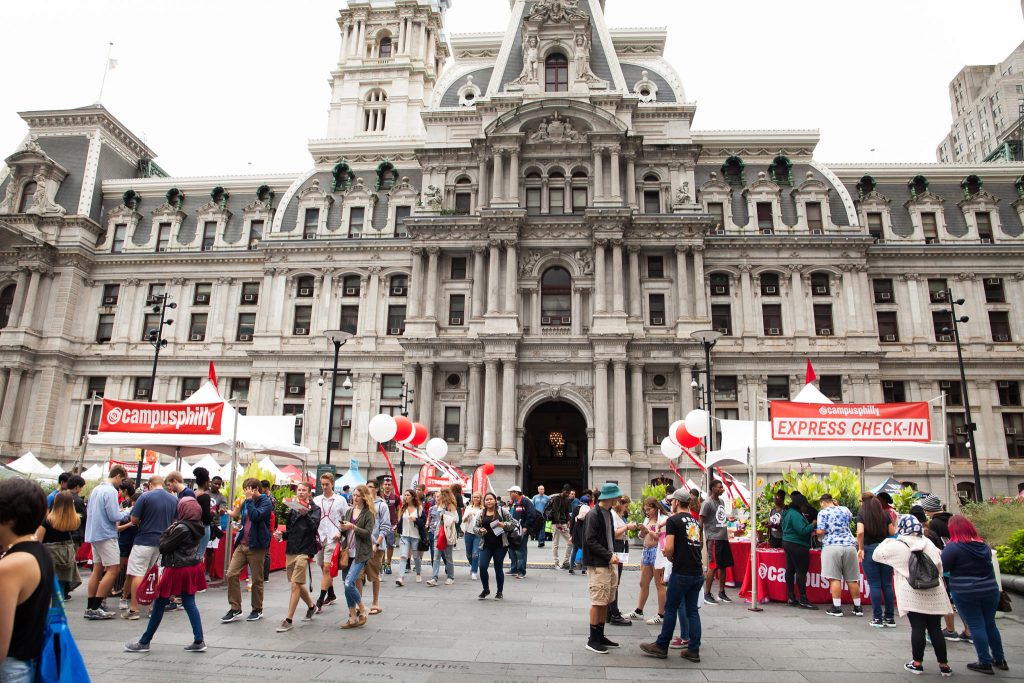 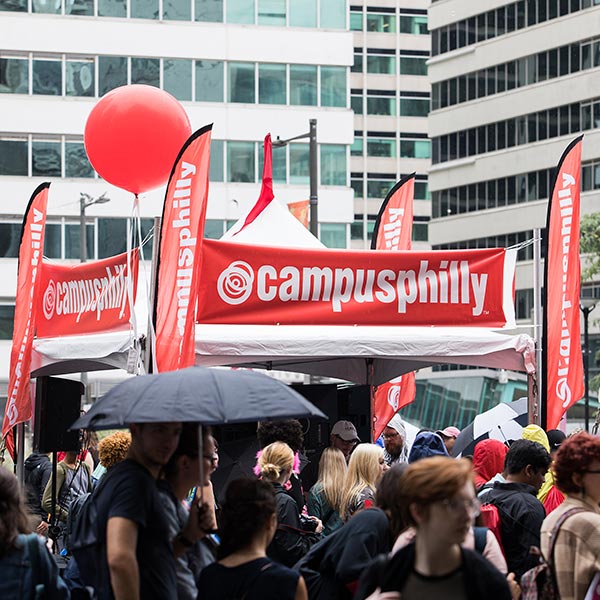 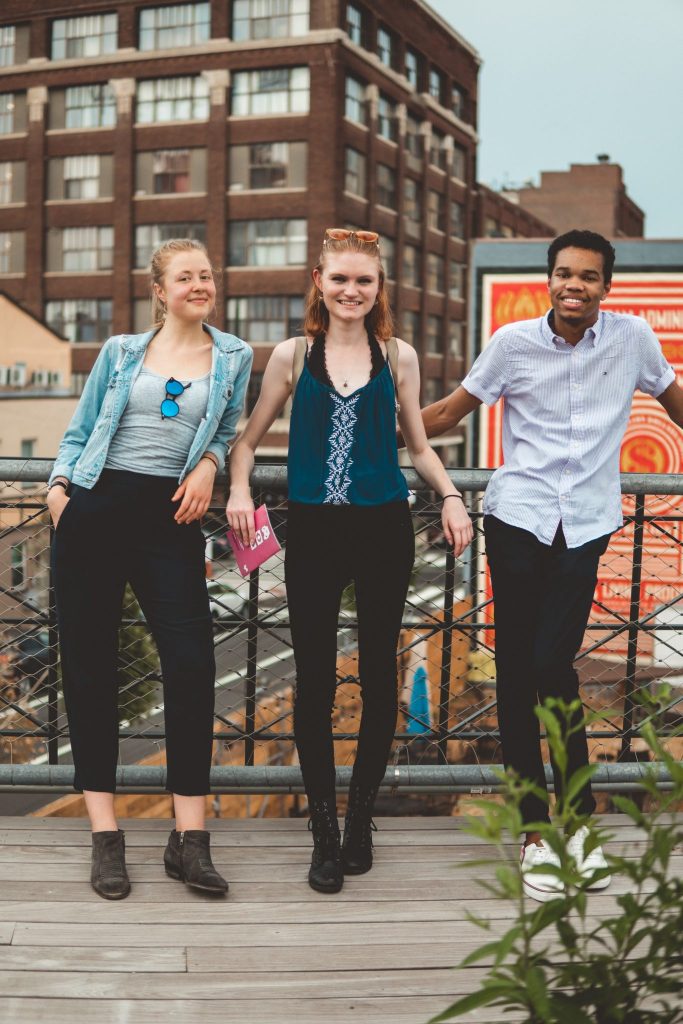 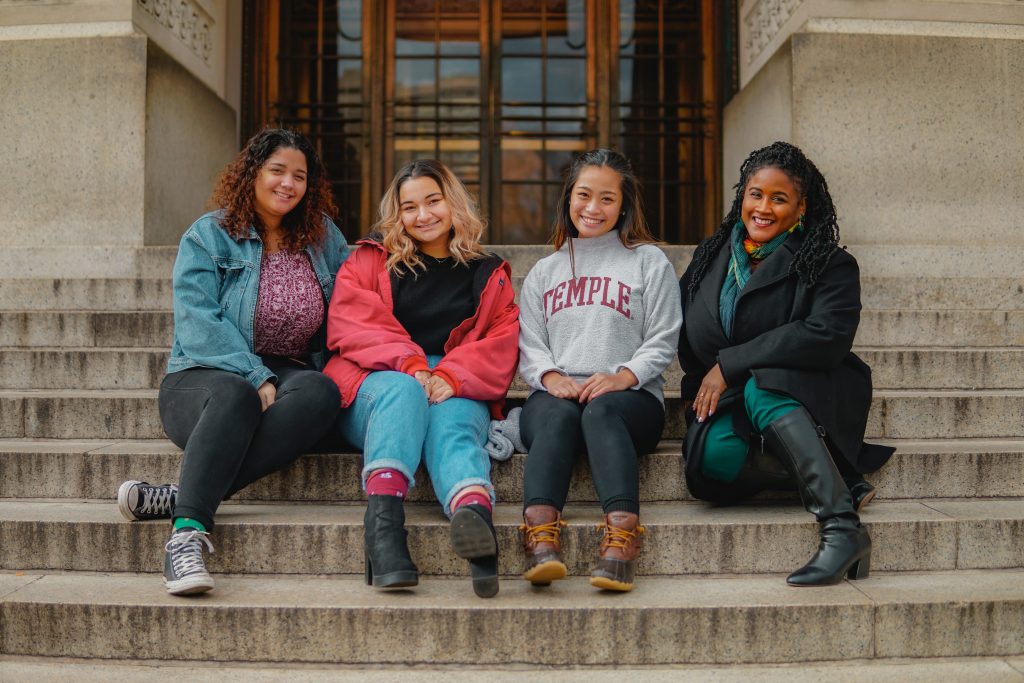