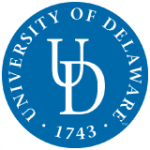 The University of Delaware has a great tradition of excellence, from our roots extending back to a small private academy started in 1743, to the research-intensive, technologically advanced institution of today.

Our alumni tell our story of achievement, from our first class, which included three signers of the Declaration of Independence and one signer of the U.S. Constitution, to the more than 154,000 living Blue Hens who are making vital contributions to the world. Vice President Joseph R. Biden Jr. and his wife, Jill, are both UD alumni.

The University received its charter from the State of Delaware in 1833 and was designated one of the nation’s historic Land Grant colleges in 1867. Today, UD is a Land Grant, Sea Grant and Space Grant institution. The Carnegie Foundation for the Advancement of Teaching classifies UD as a research university with very high research activity—a designation accorded less than 3 percent of U.S. colleges and universities. UD ranks among the nation’s top 100 universities in federal R&D support for science and engineering.

Our distinguished faculty includes internationally known authors, scientists and artists, among them a Nobel laureate, Guggenheim and Fulbright fellows, and members of the National Academy of Sciences, National Academy of Engineering and the American Association for the Advancement of Science.

Thomas Jefferson once described Delaware as a “jewel” among states due to its strategic location on the East Coast, halfway between Washington, D.C., and New York City. Today, however, the location of Delaware’s flagship university increasingly is invoked as “halfway between Los Angeles and London.”

In addition to our Georgian-inspired main campus in Newark, Del., UD has locations across the state–in Wilmington, Dover, Georgetown and Lewes. A thriving study-abroad program and expanding international partnerships further enhance our students’ education as global citizens.

There are more than 350 clubs and organizations, social programs and educational seminars, leadership development activities at UD. Many student-sponsored groups share a common cause or culture, religious or spiritual identity, or the same political affiliation. Nearly 20 percent of students are involved in the school’s large Greek system, which has about 25 fraternities and nearly 20 sororities. With so many options to choose from, there’s something here for everyone.

Students and families interested in visiting the University of Delaware can choose from many options, all designed to fit your time and preferences, as well as where you are in your college search.